First of all ‘Tons of Thanks’ to all you blogger friends out there who have still stuck on even after I have been on blogging hiatus for more than 3 months now. I had a valid reason guys, I let the ‘Cat out of the Bag’ in my last post. I was so touched by your wishes, it feels so good to be a part of a blogging community which is loving, kind and appreciative.
My book was released on the 19th October in Nagpur. Published by Denett & Co., a Nagpur based publishing house. It was a an ecstatic moment for me, more so as I had never imagined that I would be writing a book in a span of two months after stepping off the shores of ‘The British Isles’. It was a dream which materialized after a chance meeting with my co-author ‘Ashutosh Shrivastava’ just three days after leaving Lancaster.
In the beginning it all seemed too hard as I was not used to the weather in India. I had to shelve all the plans to meet up friends and family in India whom I had not met in three years. It needed a lot of brainstorming with Ashutosh and tons of hours on my trusty laptop to come out with the book. I was closeted in my bedroom with my laptop missing out on all the fun and relaxation I had been looking forward too.
Since both of us have had experience in the media Industry and especially in newspaper Industry, it was the best topic to write a book on. Our book delves on the current status of the Indian newspaper industry and the radical changes it needs to adopt in today’s volatile market in order to survive. It is an easy read without unnecessarily using big words to baffle the reader. We wanted a book which could be read by any person even someone who is not from the media world.
Hey, I had warned you in my last post about me babbling about the book and most of you had promised to tolerate me.
The book release ceremony was simple and was held at a three star Hotel in Nagpur. We had dignitaries for the book release and also the keynote speech on the book after which we served ‘High Tea’ and mingled around with the paparazzi answering questions.
The book was released by ‘ Mr. Devendra Fadnavis’ MLA, South-West Nagpur who has also been the youngest ex-Mayor of Nagpur. He gave a short and sweet speech about the book and appreciated our writing efforts.
The keynote speaker was ‘ Mr. Sanjay Arora, CEO of Shells Advertising Inc.  He spoke about the changing facets of the Newspaper industry worldwide and supported our beliefs about how the Indian Newspaper industry needs to change in order to survive.
It was an event which will forever stay close to my heart as I had many of my family and friends attending the function to show their support and love. The only hitch being hubs and my two sisters who were not able to make it to the function.
My mothers words are still ringing in my ears ‘You were the only women sitting on the dais amongst all this men. you have made us proud’.These words just made me forget all the hardships and sleepless nights. It was all worth it.
I am getting kinda sentimental. So before I make you tearful. Here are a few photos from the function. 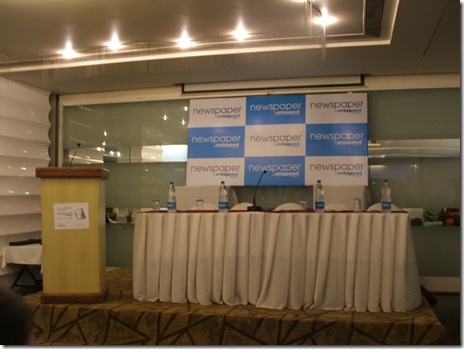 The Venue of the Book Release- Hotel Centre Point,Solitaire, Nagpur 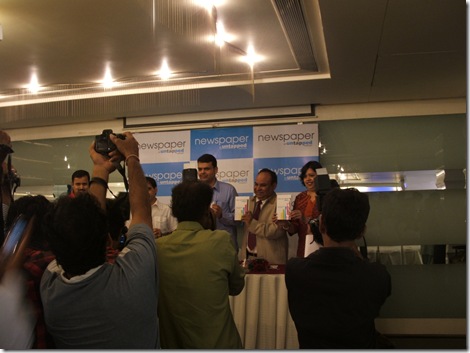 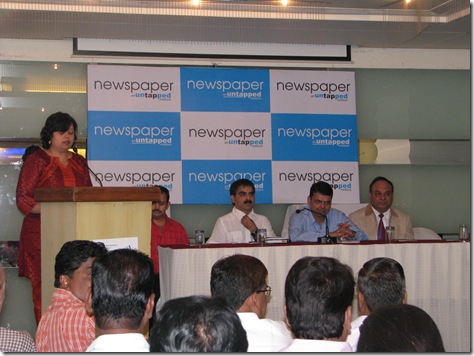 Me- Introducing our guests 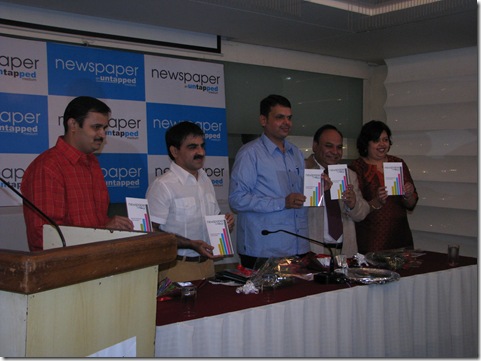 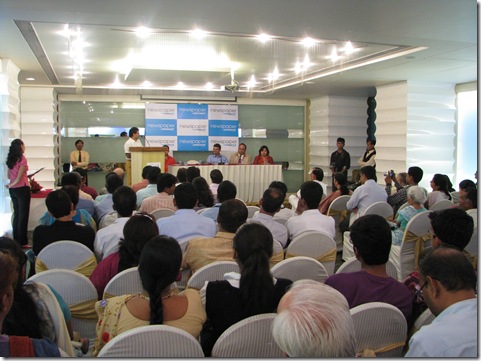 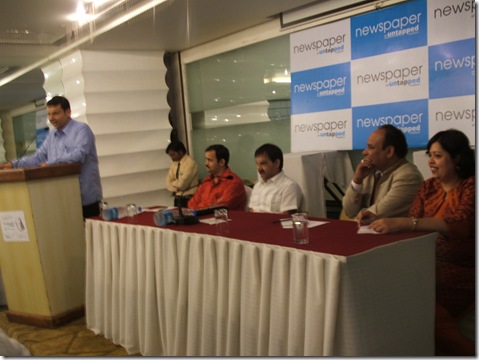 Mr. Devendra Fadnavis declaring the book as released
P.S: Thank you all for being such lovely people. I would love to meet up bloggers in Mumbai. Are you guys listening? You have my email id…drop me a line.
at October 31, 2010 29 comments: Links to this post

Well, I'll be damned, finally, I am a published writer

I know, I know that I have been a bad girl and have completely disappeared from the blogging scene since past two months. Please forgive me for doing this disappearing act. Life dropped me smack on my bottom and I was busy trying to drag my ass towards normalcy.


Your good wishes for a safe trip home really did wonders and I am loving it a lot in 'India'. Only thorn on my side is the weather in Nagpur which is merciless. I came back when the temperature was in the upper thirty in degree Celsius which was nearly 25 degrees above what I have been used to, for the past three years. You can very well imagine me slowly getting baked.


Moving here from UK has been quite stressful with packing being the major pain in the ‘you know where’. Giving away all the stuff I had collected was the most difficult part. Each time I move I feel I leave behind a part of myself hidden in some corner of every house I ever lived. It is becoming difficult to let go of things, places, people and emotions as I grow older. There I go again with my sentimental bullshit. This is a fun blog and fun blog it will be so pardon my transgression for this one time.


It feels GOOOOOD to be back and talk to you all. I got very sweet emails and messages from lots of you asking about whether I was alive and well. I am sure I have missed really great posts on all your blogs. I am going to catch up real soon.


Coming back to the point of my disappearance, I have a HUGE  news to share with you. I am finally fulfilling a dream which I nurtured while writing this blog and which most bloggers dream of. I am finally going to be a published writer.


I am the co-author of a book called ‘Newspaper –an untapped medium’. The book will be released in India very soon. But I have something to share with my friends in the meantime.


Ta-Da!!! Here I present to you the cover page of my Book. 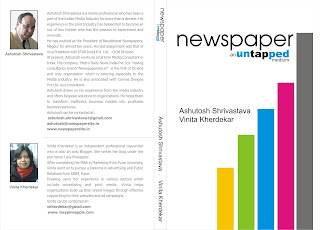 I have been bursting to spill it all out, to all of you for quite some time now, but I had to restrain myself from letting out this secret. There are still days when I look at the book cover and wonder whether it is actually true.


Then I pinch myself hard and realize, oh yes! my dream has come true.


P.S: Please tolerate my babble about the book in the coming blog posts. You won’t be able to shut me up anyways. After all I am super excited.
at October 04, 2010 64 comments: Links to this post